Edinburgh Community Solar Co-op is run by a board of twelve directors consisting of seven elected members, three representatives of the City of Edinburgh Council and two co-opted individuals whom the rest of the board have agreed to appoint. One third of the elected directors are required to stand down or seek re-election at every AGM. Appointed directors follow a different process of review in accordance with the co-op's rules. None of the directors receive any remuneration for their work and are instead driven by their commitment to the success of the business, it's ethos and the environmental, financial, educational and community returns the business delivers.

The board consists of...

Drew’s interest in community energy developed over 10 years working in the environmental sector. He currently works for the Scottish Government supporting the decarbonisation of heat in Scotland and has previously worked for Zero Waste Scotland and Changeworks on a range of initiatives focusing on low carbon heat, renewable energy and fuel poverty. Drew has a masters in Carbon Management from the University of Edinburgh and has been a director of ECSC since 2017.  Drew lives in central Edinburgh with his wife Liz and son. In his spare time he enjoys cycling and playing guitar.

Jenny is currently a partner in international law firm CMS, living in Edinburgh with her husband and 2 young children.
She gained her LLB (hons) and Diploma at the University of Edinburgh, and subsequently trained (and worked for 7 years) at Shepherd & Wedderburn, prior to joining CMS in Edinburgh to focus on energy finance work, having qualified in Scotland in 2006 (also England & Wales 2007). She currently has a strong focus on advising on the financing of renewable energy projects and is familiar with the multiple legal issues involved in the construction and operation of such projects, including community projects.
Her recent work has included advising in relation to community energy wind, hydro and solar projects in both Scotland and England, as well as advising on more novel energy storage and capacity market projects.

A former City of Edinburgh Councillor and held numerous positions in the Council, including Leader, Lord Provost and Convener of Transport and Environment Committee. Lesley is a qualified primary school teacher. In addition, she is a past Chair of NHS Health Scotland, a member of the Co-op Party and Scotmid.

Lesley has extensive experience of board membership in a personal capacity, as well as representing the Council in numerous public and private sector organisations, such as Edinburgh’s Telford College, Pilton Partnership, Edinburgh’s Mela, Dance Base, Edinburgh Fairtrade City, One City Trust and the City of Literature. Lesley currently Chair of North Edinburgh Arts and is a Board member of One City Trust, NKS and Capital Carers.

Originally from Aberdeenshire, Niall moved to Edinburgh 14 years ago to study chemistry, a subject chosen, in part, because of its importance to environmental issues (specifically batteries and the potential "hydrogen economy"). Currently a contract consultant software engineer, he graduated in 2013 from Napier University with an MSc in Advanced Security and Digital Forensics having previously acquired a BSc (Hons) in Computing and a BSc (Hons) in Chemistry at Heriot-Watt between 2005 and 2010. Niall has had a strong interest in environmental issues his entire life and is particularly focused on efforts to stop climate change.

Mark Bitel lives in Edinburgh and was delighted to invest in Phase 1 of the Edinburgh Solar Cooperative. He has been a Board member of 15 local, national and UK-wide charities. He currently serves as Convenor of the Board of the Quaker Housing Trust (a grant making trust) and Independence from Drugs and Alcohol Scotland, a charity he founded in 2013, after leaving the Drugs Policy Unit at the Scottish Government. He works as an independent consultant specialising on the impact and effectiveness of not-for-profit organisations. He is a social entrepreneur and delivers programmes for the School of Social Entrepreneurs. He is educated to Master's degree level with 3 master's degrees in Sociology, Research and Evaluation and Professional Studies. 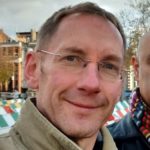 Mick has been focused on working and volunteering in the third sector for some years, after more than twenty years in high tech industry (microelectronic design and related engineering design software). He moved to Edinburgh to take an MSc in 1993.

Mick has experience as a charity Board trustee and Chair, as well as working as a trusts and foundations fundraiser.

Values-driven, Mick is committed to striving for a sustainable future in the face of the climate crisis and to social justice.  In the last six months Mick has founded BANZAI – Bruntsfield Area Net Zero Action Initiative, and worked with like-minded people seeking to encourage grassroots community involvement in increased collaborative net-zero action locally and across the city. 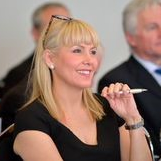 Lezley Cameron represents the Liberton Gilmerton Ward on The City of Edinburgh Council. Lezley is Chair of the Council's Cross Party Working Group on Equalities and Edinburgh's Small Business Champion.
A Speyside girl, Lezley's professional background is in HR, Economic Development and Strategic Policy. Lezley has previously ran her own business providing executive coaching, business development, strategic policy, HR, events organising, fundraising and public affairs.
Living in Sydney, Lezley's MBA studies specialised in Strategy, Global Mindset and Executive Coaching. She also worked in the British Consulate, and the Supply Chain and the Marketing Divisions at the Asia Pacific HQ of Dematic, a global logistics firm. Lezley has worked with companies in Australia and the UK to define and develop their Global Mindset capability.

SNP Councillor for Liberton Gilmerton, Lesley is the Transport & Environment Convener for the City of Edinburgh Council, as well as Deputy Leader of the SNP group on the Council. She lives in the ward she represents.
Originally from Skye, she grew up in several places in Scotland and as an adult has lived both rurally and in Glasgow and Edinburgh. For almost 15 years she lived and worked around Geneva in Switzerland as part of the senior management team for an international NGO dealing with landmines and cluster munitions. Most of her working life has been in the public sector in communications, inward investment and NGO management.
She is particularly interested in both shaping a sustainable, inclusive and healthy transport environment in Edinburgh which equips the city for the future and delivering an attractive environment for all those who live, work and visit Scotland’s beautiful capital city.

Jim is Energy4All’s Project Officer based in Scotland. Jim has been active in the Co-operative Movement for many years working in various sectors of the movement to promote the co-operative business model. He is a director of the Arrochar Community Hydro Society and Spirit of Lanarkshire Wind Energy Co-operative which has a stake in wind farms at West Browncastle and Nutberry. He chairs Co-operative Education Trust Scotland, a body set up by the Co-operative Movement to promote co-operative ideas in the curriculum of  Scottish schools and universities. He is also a director of the Lanarkshire Credit Union. In recent years, he worked for the Scottish Fair Trade Forum and for Community Links in South Lanarkshire where he supported the establishment of several food co-ops.

I work full-time as a senior manager in the Scottish Environment Protection Agency’s regulatory portfolio and have spent the last two years leading the portfolio through a significant restructure. My professional background is in environmental science and regulation, and as an individual I am acutely aware society needs to take urgent action on climate change. I am interested in how climate action intersects with the needs and development of communities, and the strategic decision-making required to get the best outcomes for communities and the environment with limited resources. I  hope to bring my excellent communication skills, adaptability and willingness to learn to the board.

Fiona is a University of Edinburgh graduate with a MA in Geography with Environmental Studies. She is employed by Edinburgh Leisure, initially as an intern in 2012, then as an Energy and Sustainability Officer from 2013. This was a self-created role following a demonstration on the benefits of ‘grass roots’ staff engagement. Through this, she developed and launched the Edinburgh Leisure Green Plan which directly engages over 100 staff members to deliver on key sustainability outcomes such as reducing energy, waste and water, analysing procurement practices, promoting sustainable travel and engaging with local nature. This has resulted in a 5% reduction in carbon emissions year on year since 2012, saved 28.7 million litres of water, removed 2 million plastic cups a year, 1.6 million single use plastic pool shoes and increased recycling from 30% to over 70%. In addition, Edinburgh Leisure won the first ever Green Team Vibes Award which rewards Scottish Businesses at the forefront of sustainability. As of 2017, Fiona is the Energy and Sustainability Manager with her focus being energy and water management and investment in efficient, low carbon technologies to further reduce demand, carbon emissions and impact on the environment.

Ben was elected in May 2022. He is the Green group spokesperson for Climate & Environment and sits on the Council’s ‘Policy & Sustainability committee’ and ‘Housing, Homelessness and Fair Work committee’. Originally from North Yorkshire, Ben moved to Edinburgh for University and graduated in 2019. Ben also works for a Scotland-wide housing information and advice charity which supports disabled people and older adults and is a trustee for Edinburgh Garden Partners.

Manage Cookie Consent
To provide the best experiences, we use technologies like cookies to store and/or access device information. Consenting to these technologies will allow us to process data such as browsing behavior or unique IDs on this site. Not consenting or withdrawing consent, may adversely affect certain features and functions.
Manage options Manage services Manage vendors Read more about these purposes
View preferences
{title} {title} {title}